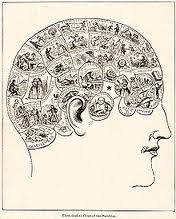 Consider the evidence from a study reported in late 2010 by researchers at McGill University. Neuroscientist Veronique Bohbot and her teamreported that relying on a global positioning system (GPS) to get to known locations reduces the function of the hippocampus, the “seahorse” shaped structure in the brain that controls memory and spatial orientation. Participants used to getting around on the basis of their own wits had higher activity and a greater volume in the hippocampus than the older adults using a GPS. What’s more, when it came to their actual performance, the non-GPS users performed better on a memory test. Bohbot recommends that you turn off the GPS when you’re navigating around your hometown and use it only for its actual purpose of finding locations you’ve never been to before. Your hippocampus will thank you, whether you’re 16 or 60.

View all posts by Maurna